I first met Margarita Engle several years ago at a conference sponsored by the Arne Nixon Center for the Study of Children’s Literature at Fresno State University. The conference was titled “Outlawed!”, and it featured a star-studded list of authors whose work had been censored, challenged, or banned outright. Margarita is one of the most down-to-earth, friendly, and engaging people I’ve ever met. Her books, such as THE SURRENDER TREE, a beautifully written novel-in-verse set in 19th century Cuba, are always captivating. And guess what? She has TWO new books out! One, titled FOREST WORLD, is a great example of eco-fiction – novels or other works of fiction that revolve around nature and the environment. The other, ALL THE WAY TO HAVANA, is a picture book ride through the streets of Havana, Cuba. 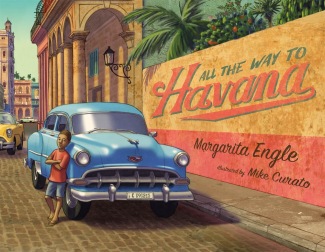 For centuries, Cuba has been at the epicenter of political, economic, and environmental strife, and those issues form the backdrop for many of Margarita’s books. So I was interested to hear how she’d respond to the question, “What does feminism mean to you?”

She e-mailed me back with this:

There is no excuse

Brief, poetic, and evocative in its simplicity. That’s all that needs to be said.

Her newest verse novel about the island is Forest World, and her newest picture books are All the Way to Havana, and Miguel’s Brave Knight, Young Cervantes and His Dream of Don Quixote.

Books forthcoming in 2018 include The Flying Girl, How Aída de Acosta learned to Soar, and Jazz Owls, a Novel of the Zoot Suit Riots.

Margarita was born in Los Angeles, but developed a deep attachment to her mother’s homeland during childhood summers with relatives.  She was trained as an agronomist and botanist. She lives in central California with her husband.

FEMINISM FROM A to Z is now available for pre-order! 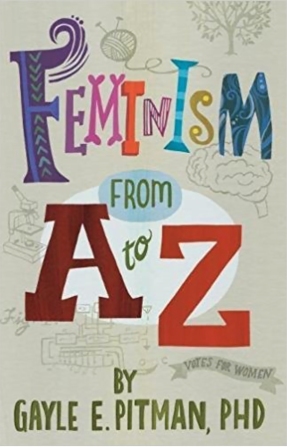